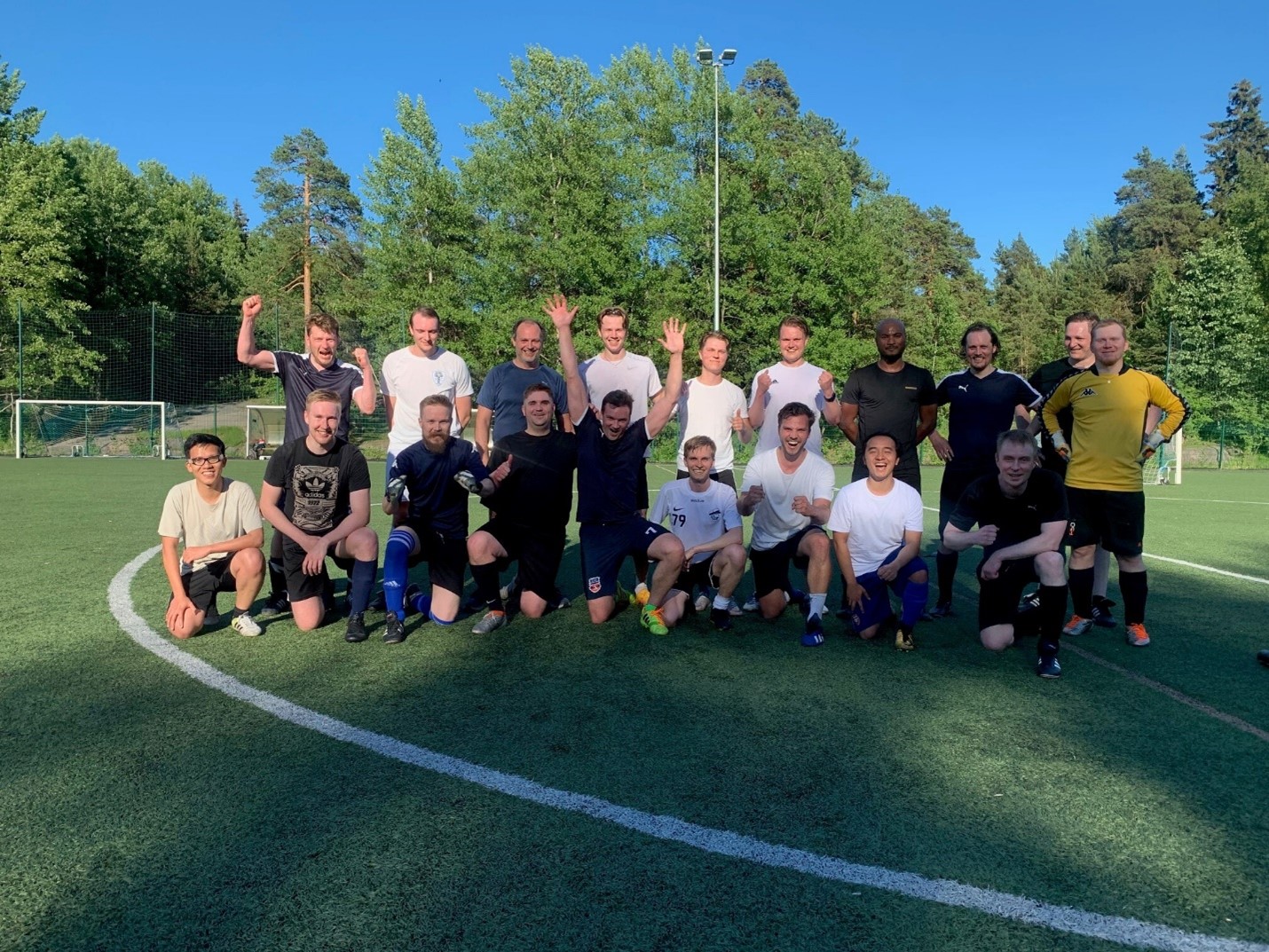 Photo from a Sievo juniors vs. seniors football match.

Hi there, I'm Steven. I'm pursuing a master’s degree in International Design Business Management (IDBM) at Aalto University. In summer 2021, I worked as Junior Service Designer at Sievo as part of the Sievo Academy program. In this article, I'd like to share a bit about my life at Sievo and how grateful I was to have this opportunity.

I remembered the day I received a phone call from Ville, Sievo Head of Design. He started the conversation by saying that I did well in the interview, and at that moment, I was prepared to hear the word "but"!

Summer programs tend to be very competitive, and I knew becoming an in-house designer in Finland is not easy. But, in the end, he decided to offer me the position!!!

At Sievo, the design team is called the UX team. Within the team, there are developers and designers. Our main goals are to keep our users happy and help them get the most out of Sievo. In the team, the developers and designers are responsible for developing shared features on the Sievo product, such as user management, homepage, navigation, etc. In addition, the designers are embedded into other product teams to design different Sievo product features.

I started at Sievo in early May, together with 10 other Summer Seals. Summer Seals are those who are in the same Sievo Academy but work in different functions.

User onboarding was a new topic at Sievo, so I had a chance to build up everything from scratch. During the first month, I spent most of my time understanding Sievo products, internal operations, and customer profiles. In the second month, I started conducting many interviews to find out the limitations in the current onboarding activities. A month later, I began ideating and sketching possible solutions to improve these limitations. In my last month, after rounds of reviews, I continued improving my solutions and got them ready for production.

In addition to design tasks, I was involved in many Sievo activities. For example, I helped with some tasks in SievoFriends, our biggest annual event, and worked on a one-week project doing data classification for a new customer.

In terms of schedule, there was no micro-management in the UX team. Team members were allowed to work in their preferred environment as long as they feel productive. 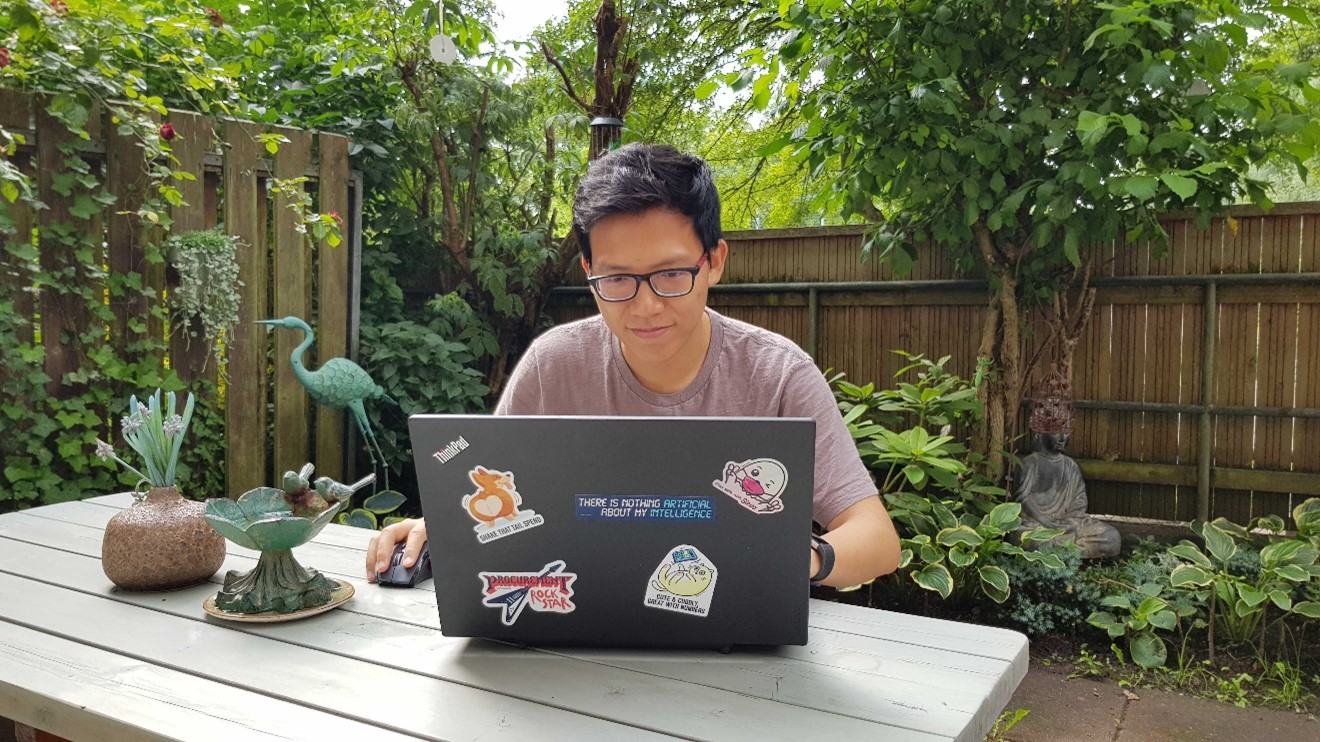 I'm working in the backyard of my Airbnb apartment.

I was extremely grateful to be part of Sievo Academy as a designer.

First of all, being a Summer Seal was much more than a summer worker. I was in a cohort of talented, young, and enthusiastic people who were willing to support each other. Every week, we had a meeting where we discussed different topics related to workplace and personal development. Also, we were often in the office and had lunch together. Having such a group of people really made me feel more connected and engaged to Sievo. 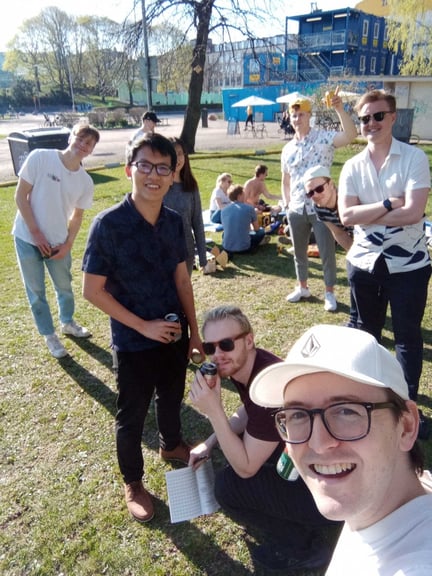 Myself in the middle and the Seals.

Secondly, I was given tasks that help me grow my desired skillsets. During the interview, I mentioned that I want to gain more experience in user research and service design. My project to improve user onboarding fits perfectly with my desire. In addition, I learned a ton from other designers who have different strengths in both research and pixel-perfect design.

Thirdly, the Sievo design system helped my work become much more efficient. Whenever I designed something, I knew how certain elements should look like, such as fonts, colors, spacing, icons, etc. The time I saved I spent on making sure I was designing the right features for the users.

To sum up, I would encourage every student to apply for the Sievo Summer Academy program. This summer was one of my most memorable summers and the time I spent was totally worth it :)