We like keeping things simple at Sievo. While that is not true for everything, it applies to prioritizing and tracking our work. On a high level we have an enterprise Kanban board to bring visibility across the company. The unit of work on that board is a concept, the idea of which we adopted from Crisp. In a nutshell, a concept is a product idea not limited to the technical implementation or a single business unit. Instead, it covers the entire process from conception to customer in one package. The technology team grabs these according to priority. Technical details, related ideas, individual implementation tasks and documentation magically appear into our shared OneNote notebook as the work progresses. 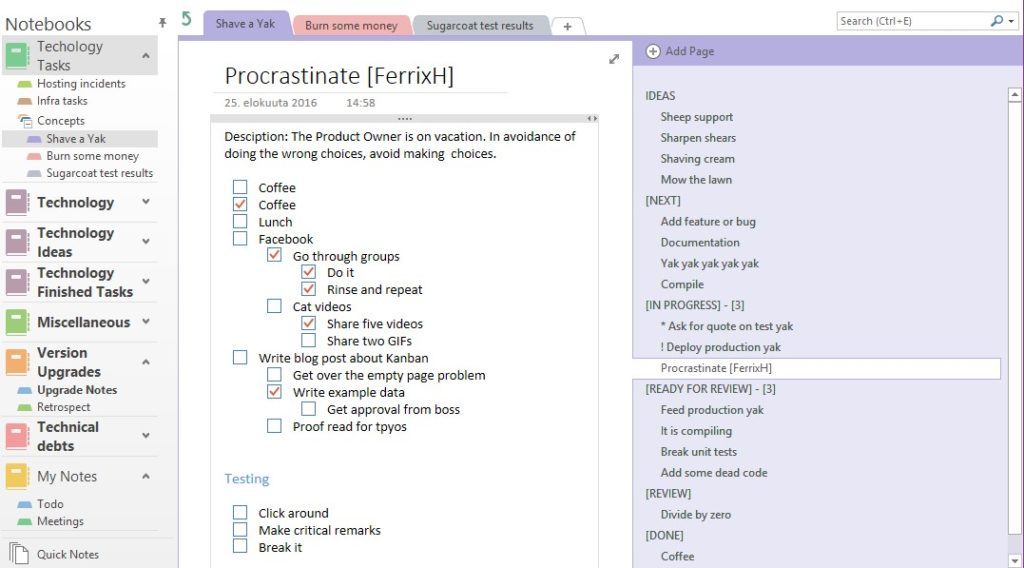 Seeing our work progress is important to us. For that there was another Kanban board on a whiteboard for the Technology team. Each concept has a horizontal swim lane where the tasks move from left to right towards the done column, and the same swim lanes exist on OneNote as subpages. One day we grew tired of the missing synchronization between Post-its and subpages. One would finish a task, move it accordingly on OneNote, walk to the physical wall and move the physical note. Subcontracting the last two from a colleague during remote working never happened.

We sent two developers on a crusade to find out what they could do with the OneNote API. We are really happy with the results. Our product comprises of Microsoft technologies hosted on bare metal. For this effort, our brave duo decided to do something completely different. Now we have a Meteor web application running on Azure. Users are authenticated through Azure AD. The backlog notebook is stored on SharePoint on the cloud.

The Kanban is displayed on a 4K monitor in the team room, which was a perfect excuse to buy a few Raspberry Pi computers to drive the screen. So far we have learned that making information visible improves the flow. Now it finally makes sense to have ‘Work in Progress’ limits when there is an annoying red color to avoid. This is especially helpful for Hosting Incidents that follow a different workflow. Previously, they were not copied as Post-its on the wall and follow-up was often forgotten. Additionally, blockers and important tasks never go unnoticed.

I have a history as a Scrum master and feel strongly that sticky notes are a power tool that are hard to replace. However, there are several features where our OneNote Kanban beats them for our team:

The work on the Kanban goes on. The latest additions have been graphs for tracking lead times. 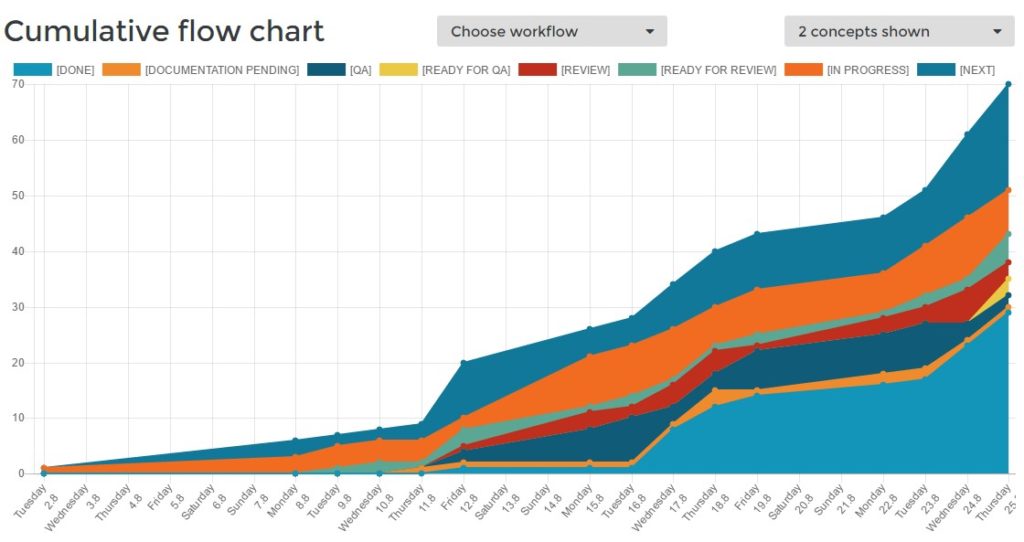